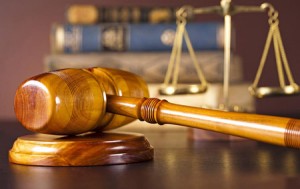 Family members bolt, take the IT department, the product design; sabotage the originals and go into competition.

A family-owned product manufacturer and designer on the verge of being bought for many millions of dollars found most of its designs missing after the departure of key managers and designers. A program used for deep file destruction had been implemented to destroy both product designs, and evidence of the procedure itself. An outside consultant is brought in to recover designs and overwrites evidence instead. Burgess Forensics is brought in and discovers remnants of file destruction utility, and data patterns consistent with sabotage by same utility. Suspects admit to use of utility.

Managers start new company in the very offices of their employers; computers and backups disappear.

A foreign branch of the entertainment arm of a multinational conglomerate suspected that key managers had been attempting to incorporate company intellectual assets into a competing product line. Once suspects believed they were under suspicion, relevant office computers were reported as stolen. Data backups were reported as missing. Under pressure, original computers were found and produced by computer expert among suspect group, but with large amounts of data missing. Burgess Forensics engaged to investigate. Unequivocal evidence of illegal activities was produced from remains of files on computers in question.

A member of a family-run communications business left the company. While denying it, individual started business in direct competition with family business. Individual’s computer was identified as an asset of original company. Individual claimed that no company info was on computer. Burgess Forensics was engaged to test claim. Though computer had been completely deleted, reformatted, and with entirely new operating systems and applications installed on it, original database entries were nonetheless uncovered. Individual claimed innocence up until the moment that the Burgess Forensics experts were seen sitting awaiting a call into the courtroom. Individual then admitted wrongdoing and settled.

Private investigation firm was purchased, with a covenant by previous owners not to compete. Within weeks, suspicion arose that covenant was not being respected, and that files and media turned over had data removed. Burgess Forensics was engaged to look into the matter. Thousands of files were turned up by their investigation, showing violation of covenant.

Bank suspects that not all email was turned over upon employee exit.

An employee of an FDIC-insured bank turned over a computer upon exit from employ. The managers suspected that this individual had revealed confidential information regarding loan clients and credit information. Burgess Forensics was engaged to inspect email server records for deleted email files that might cast light on the individual’s actions. In short order, the text of suspect emails showing former employee’s culpability was revealed.

Several managers left a software design firm. Within a few weeks, they started up a new firm, producing similar products, in direct competition with original firm. Burgess Forensics was engaged to inspect former managers’ computers, which had been erased. Evidence that business plan and designs for new firm were taken directly from original firm was uncovered, new firm was enjoined by the court from offering their product until a sufficient time had passed for them to have produced their own designs. Former managers given 9 month injunction.

A company that had spent years producing a catalogue selling thousands of industry-specific parts found that a competing catalogue with identical drawings and designs had been produced in a scant few weeks by a new competitor. Burgess Forensics was engaged to show that designs of new company were stolen from original company. After findings presented to court showing original company’s original artwork and text being used in new catalogue, new company enjoined from using designs for several months.

A wealthy suitor financed a young model. Once model soured on suitor, evidence was presented to show that model had committed libel. Inspection of model’s office computer was ordered. Burgess Forensics attended inspection only to find that aforementioned suitor’s computer forensic consultants did not understand how to access the data on the computer in question. With advice from Burgess Forensics, inspection was effected. With further advice from Burgess, it was shown that any suspect email was liable to have been forged by employees of suitor. Suitor settled out of court.

Two attorneys can’t speak civilly to each other. Neutral Expert called for.

Burgess Forensics was called upon to act as a neutral expert when opposing attorneys did not trust results of each other’s experts. Burgess Forensics brought voice of reason to acrimonious meeting between attorneys, and calm prevailed while the truth of the matter was revealed in computer inspection.

The manager of a real estate fund was accused of increasing the value of shares in the fund by providing false information to potential investors when the value of the fund plunged. The manager was further accused of faking and falsely dating computer documents in order to support claim of innocence. Burgess Forensics was engaged. Information recovered by Burgess was able to mitigate and diminish claims against client.

Doctor was accused of withholding treatment based on the ethnicity of the accuser. Burgess Forensics was engaged to inspect hospital records of treatment and meetings to support medical provider’s innocence. Deep inspection of all relevant computers and servers showed no evidence of wrongdoing.

Former employee claims he never took any information with him when he left.

An employee of an insurance firm left the firm’s employ. The firm suspected the former employee of absconding with proprietary information. Under court order, the individual turned over a laptop computer, with no obvious data related to the case. Forensic inspection by Burgess Forensics revealed enough relevant data to print two
entire reams of documents. Suspect settled.

Ex-partner claims “A virus ate it” when ordered to turn over files.

A partner in an information firm left and went into own business. Individual was accused of taking proprietary documents on laptop. Individual produced laptop, along with claim that, while there were missing documents, none were relevant to claims. Additionally, individual claimed that a prolific virus had destroyed documents. Burgess Forensics was engaged and was able to show fabrication of evidence, which individual then admitted in deposition. Individual was sanctioned.

A manager of a Big 10 consulting firm went to work for a competitor. Under court order, provided diskette that had gone with the individual to new firm. Burgess Forensics was engaged to inspect said diskette. Although it was damaged, deleted and overwritten, evidence of illegal customer lists and the lists themselves were nonetheless discovered on diskette.