Have you tracked your 10,000 steps today? Has anyone else tracked them?

Fitness trackers are big business, helping people get and stay fit, and helping them share their progress with friends – and sometimes with strangers. 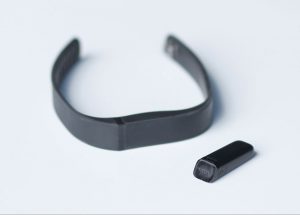 The Rise of Cybercrime and How to Prevent It

As people are leaning more and more towards the digital world, cybercrime is becoming an issue that cannot be ignored … There are various types of attack that could occur and for many reasons, but one thing is for sure, you don’t want to be the victim of a cybercrime.

I’ve Been Hacked: What Do I Do Now?

We get this question several times a week, so it’s not just you. And no, it doesn’t mean you’re crazy – even if your friends think so, and even if law enforcement won’t take your case. People’s computers and phones get hacked, every day.

Why won’t the police do anything about it – isn’t it a crime?

Around the Realm
77 Facts about cybercrimes you should know in 2018 – Infographic!

FIN7 cybercrime gang steals 15 million CC’s, a billion in fraud, phishing Arby’s, Chili’s, Chipotle, Sonic and others like them. How to avoid being a victim.The Biggest Cybersecurity Breaches of 2018 (So Far)

More than $1 Billion in cryptocurrency has been stolen this year.